The Ancient Olympic Games were held starting in 776 BC according to historical records and we held continuously until 394 AD ( a span of 1,170 years! ) when the Roman Emperor had them stopped because the celebration of the Greek Gods was viewed as heretical to Christianity which had become the official religion of Rome. Many of the features of the Modern Olympics (started in 1896) were inspired or taken from the traditions of the Greek games. For example the Ancient Games were held every four years, the city-states participating enacted a truce during the games, and victory was a sign of national pride and power. 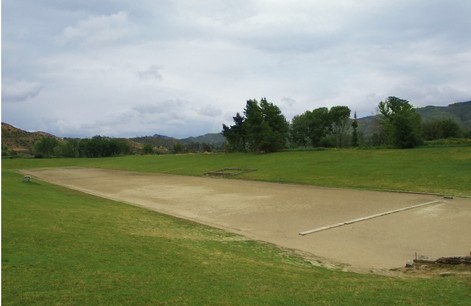 The Ancient Olympics were held in the city of Olympia and celebrated the Greek Gods, primarily Zeus, buy others to some extent as well. Events at the Ancient Games included pentathlon ( 3 footraces of different distances, a long jump, and discus), wrestling, boxing, pankration ( mixed martial art of boxing and wrestling), and equestrian events such as chariot races and horse races. 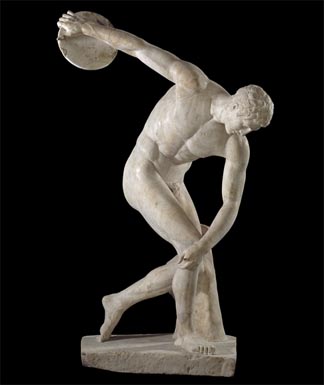 statue known as the Discobolus

Any free male Greek citizen was allowed to participate in the Games and athletes competed nude in the Greek tradition. Married women were not allowed to attend or watch, but single women could.

It was the history and spirit of these Olympic Games that inspired Pierre de Coubertin to found and father the Modern Olympic movement. Baron de Coubertin will be the subject of the next blog post and then I’ll get into the first Modern Olympics in Athens after that.

Artifacts related to the Ancient Greek Olympics are obviously very rare and typically are regulated by the Greek government as part of its cultural heritage. These items are typically found in museums and other historical institutions. Some types of items from the ancient games include coins, statues, and ceramics.