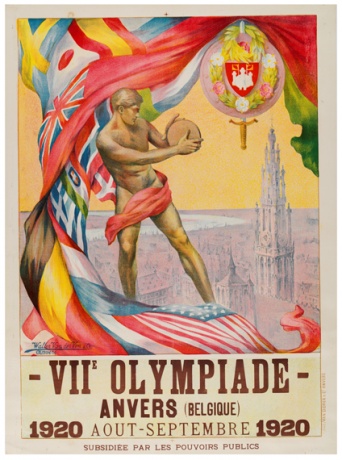 In 1916 the Olympic Games which were scheduled to be held in Berlin, Germany were cancelled as a result of the outbreak of

World War I (Berlin was later awarded games for 1936 which would be the last games before the second World War), the next games to be held would be in Antwerp, Belgium in 1920.  The 1920 Olympics had originally been awarded to Budapest, but because Hungary was allied with Germany during WWI the bid was taken and Antwerp was awarded the Games “for its suffering during WWI”

The United States won the most Gold medals and the most medals overall at the 1920 Games. Some other interesting facts about the 1920 Olympics: 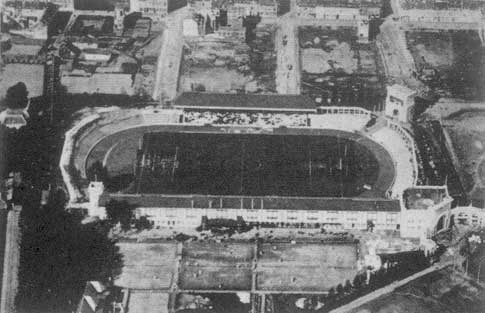