The Olympic Games of 1908 were originally scheduled to be held in Rome, Italy but an eruption of Mt. Vesuvius forced the Italian government to divert money that was originally planned to build the venues for the Olympics to rebuild areas damaged by the eruption. With Rome unable to host the Games, London was quickly selected in its place since it had been second in the voting for the 1908 Games. 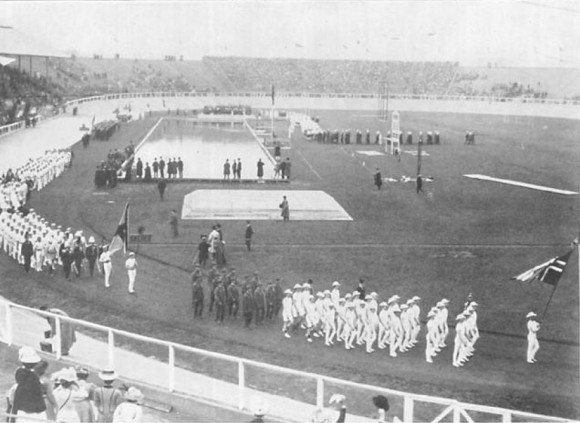 The British quickly built White City Stadium a venue with a capacity of 68,000 and a unique track which was 536 meters around instead of the standard 400 and there was a swimming and diving pool in the middle of the track. Most of the events of the 1908 London Olympics took place in the stadium which was constructed in only 10 months and  was considered something of a technological innovation in its day. 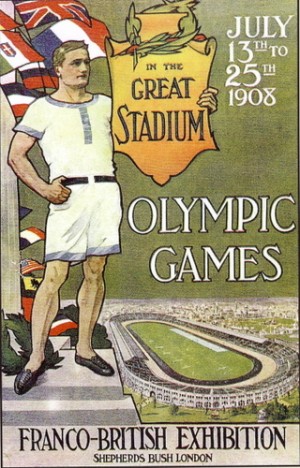 As the planning for London was undertaken so quickly (the eruption of Mt Vesuvius occurred in April of 1906) it was held alongside the Franco-British Exhibition and lasted over 6 months (the longest Olympics ever held). The 1908 Games were the first to use international judges (i.e. from countries other than the host) and standardized rules for sports. The 1908 Games is also famous because it established the standard distance for the marathon at 26.2 miles. ( Previously it had been run at 25 miles, but the race was started at Windsor Castle to make it 26 miles and then an extra bit was run so that the finish line would be in front of the King’s seat to make it 26.2 miles, the distance that has become standard today ) 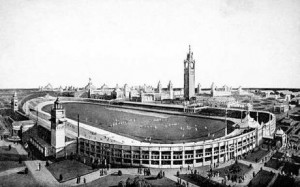