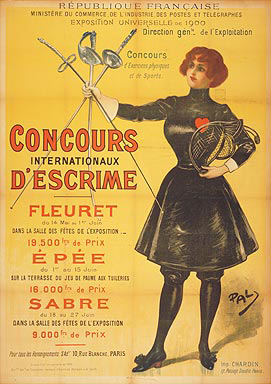 The 1900 Olympic Games were held as part of the World’s Fair and in many ways were not what we know and understand as Olympics now. As in the Athens games of 1896 there was no torch, and in many cases winners did not receive medals but were given cups, trophies, or even cash prizes for some professional events. In events where medals were awarded they were sometimes given to only one or two top finishers but in some events were given to as many as the top 5. The Paris games did not have any official opening or closing ceremonies and the experimentation in Paris included competitions in many events that occurred only in Paris and then were never again picked up. The distinction between the Olympic traditions we know now and the absence of them in Paris is a direct result of the fact that there was no single authority running the Games and they did not have a bevy of traditions to draw from.

While the IOC, led by Baron de Coubertin, was originally heading up the overall organization of the Games a political spat caused him to resign and cede control of all sporting events at the Exposition Universale to the Union des Sociétés Françaises de Sports Athlétiques (USFSA ) a move he would later quip about “I surrendered – and was incorrect in doing so”. The Comittee appointed by the USFSA created an entirely new schedule of events that caused many of the original participants to withdraw. The competitions sponsored by the new organizing committee were not called Olympics, but they are recognized by the IOC as an official Olympics. 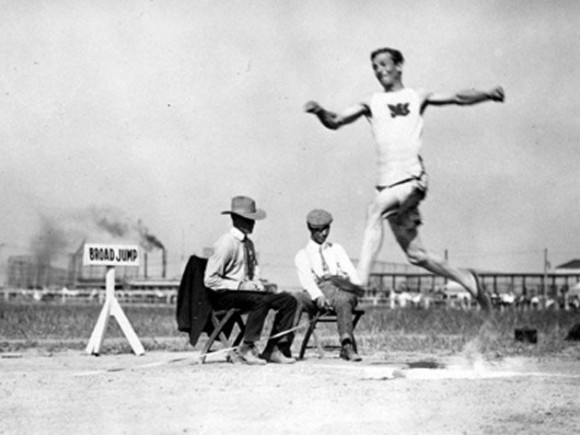 Events held in Paris and recognized by the IOC as Olympic events include:
Archery – 6 official Olympic events in 3 disciplines with 2 distances each
Athletics – 23 events were held on a grassy, uneven field with trees
Basque pelota ( aka Jai Alai ) – this is the only time the sport was held in an Olympics
Cricket – only two teams competed and the sport never appeared at another Olympics
Croquet – this was the first event in which women competed in the Olympics
Cycling – two cycling events were contested a sprint and a 25km ride
Equestrian – three events in jumping, high jump and long jump
Fencing – seven events were held with disciplines in Épée, Foil, and Sabre
Football (soccer) – Only three teams competed in this inaugural event
Golf – A men’s and women’s event were held, America’s first female gold medalist won
Gymnastics –  Points were awarded for placing in each of 20 events to decide winners
Polo – Polo clubs competed instead of countries in this event
Rowing – Four events were held singles, pairs, fours, and eights
Rugby – only two matches were held France v Germany and France v England
Sailing – competitions were held in 7 weight classes based on size of the boat
Shooting – 9 events were held, 3 pistol, 1 trap shooting, 5 rifle
Swimming – 7 events were held including obstacle and underwater swimming
Tennis – tournaments for men’s and women’s singles and men’s and mixed doubles
Tug of war – a team of mixed Swedes and Danes defeated the French team
Water Polo – seven teams competed in a single elimination tournament 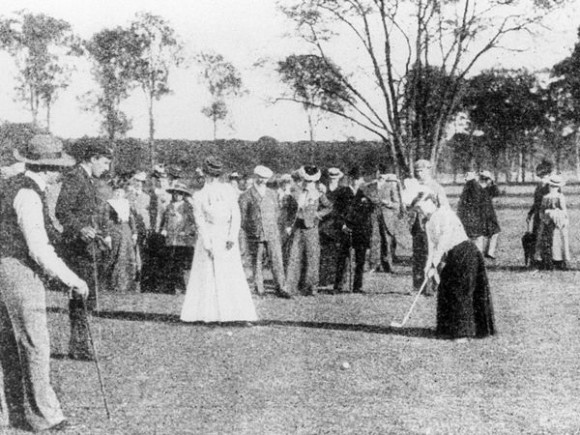 In addition to the official sports competitions recognized by the IOC today, there were hundreds of other events that are not considered Olympic events because they included professionals, were qualifying tournaments or were considered “demonstrations”. Some events also held include fishing, ballooning, kite flying, auto racing, and many others. 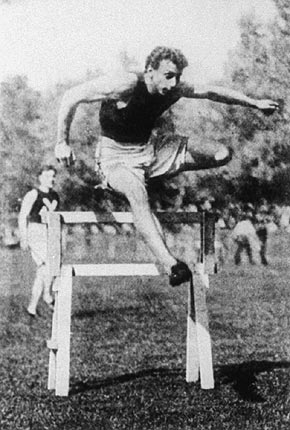 The Olympic medal was produced in many types from solid gold, gilt silver, solid silver, silvered bronze and solid bronze. The giving of medals was not uniform and as previously stated many events didn’t award medals, instead awarding other trophies. The IOC has gone back and retroactively awarded Gold, Silver, and Bronze medal status to finishers in first second or third places respectively to keep with our modern understanding of the award structure.

Overall the 1900 Olympics were not promoted or publicized very well and even many competitors did not know they were competing in an Olympics as such. While the Exposition Universelle was considered a success by many, the Olympics were viewed largely as a failure because of the organization and marketing. Coubertin himself said later “It’s a miracle that the Olympic Movement survived that celebration”

As we will see soon, it would be a problem that also affected the 1904 St. Louis Games.

Links to artifact pages for the 1900 Paris Olympics: