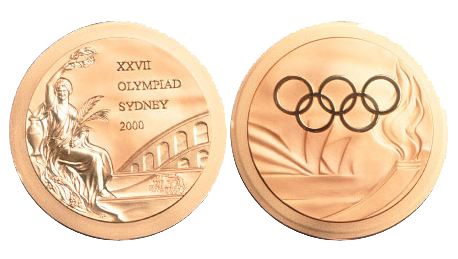 Obverse (front): Nike holds a victory crown and palm frond in front of a Classical facade, small controversy because a traditional Roman facade is changed to a Greek, among other smaller rework.