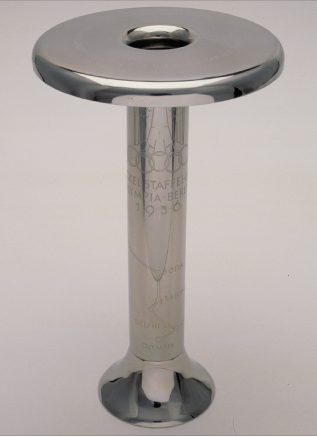 Notes: 1936 was the first year the Olympic torch relay was conducted for the Berlin Summer Olympics. It was so popular that all Summer Olympics following have done a torch relay, and starting in 1952 the Oslo Winter Olympics began the tradition for Winter Games as well.

During the 1972 Games in Munich replicas of this torch were produced and sold for sale to the public, it can be hard to tell if a torch is an original or a reproduction.