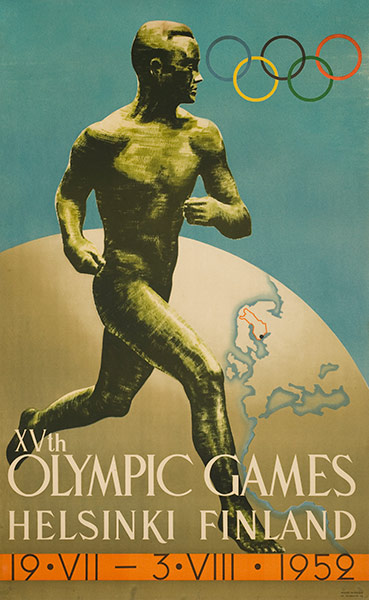 Description: A depiction of a runner (reportedly Paavo Nurmi, a Finnish runner and winner of 9 Olympic medals) in front of a globe with Finland highlighted. Text reads “XV Olympiska Spelen Helsingfors 19 VII – 3 VIII 1952.

Note: This design was originally produced for the 1940 Olympics that were to be held in Helsinki, but World War II caused the Olympics to be cancelled. Helsinki did not get the chance to hold the Olympics again until 1952 and the poster design was reused with just the dates being updated.